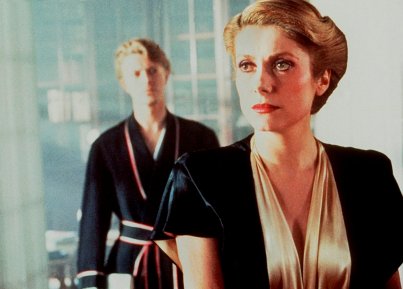 I really did miss the boat when it came to The Hunger. I suppose it’s too late for a 31 year old to get excited over David Bowie playing a dying vampire, or Catherine Deneuve making out with Susan Sarandon writhing in a pool of blood. In reality, the film is a complete exercise in style over substance. I should have heeded the warning of the opening credits: Bauhaus singing in a dimly lit club while a caged monkey gets slashed to death. The 80’s music video clichés didn’t stop there; they just came a-tumbling, including the aforementioned love scene (“Cradle of Love,” anyone?).

But of course the Gothic is really an aesthete’s game if one reduces its definition to a “mixture of horror and romance,” which The Hunger most certainly is. It reminds me of the kind of thing that used to interest me as an undergraduate (my senior thesis that basically argued that “sex and death are the same thing! Ooohhhh!!!”). I just can’t bring myself to be engaged with something so horribly melodramatic and ultimately silly.

My mind tends to wander during films like this. I thought of the “discovery of blood” by William Harvey in the early 17th century. How then, could vampire lore have existed if everyone thought that the body was ruled by the humors? This memory was based on a careless misreading of something I had encountered earlier in the day. Turns out Harvey discovered blood’s circulation, not its very existence. I then worried that most of what I read is being misremembered. Sounds about right.

As the film finally ended, I noticed Bauhaus were credited as the “Disco Group.” That too sounds about right. 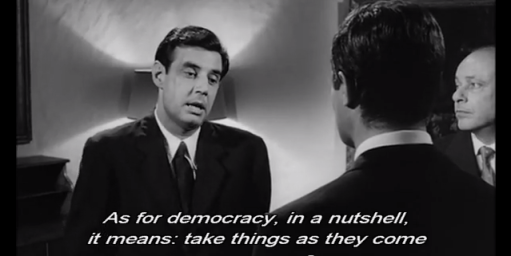