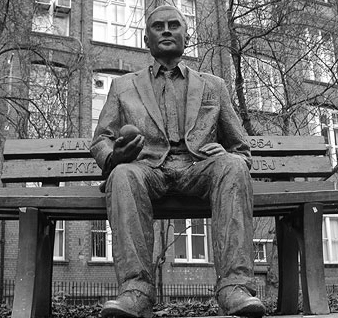 The earliest use of the word “φύσις”, usually translated as Nature, occurs in Homer: “Hermes gave me the herb, drawing it from the ground, and showed me its nature.” Hermes initial function was that of a messenger, sent to warn Odysseus of the imprisoning wrath of Circe. In addition, Hermes wished to demonstrate the qualities of the natural world by using an herb, a Moly, or a white flowered herb with black roots. Hermes is trying to demonstrate the mundane features of this “magical” white plant. Eventually, the Greeks came to see Physis as that which is unchanging. Its counterpoint, Nomos, means “Nurture.” Nomos is that which exists as a result of human belief. So the questions went: Do the gods really exist? Or do we humans create their existence, making them a part of Nomos? It wasn’t until later that Physis came to be known in a more legalistic sense. (Or in the sense of the verb form phusis, indicating that Nature has a period of growth over time.)
…
The title to the tourist-facing website for the country of Dominica is “Discover Dominica, the Nature Island.” A cursory Google image search will show you beautiful foliage, cobalt blue waters, and relaxing hot springs. Indeed it would be a perfect place for a vacation. The website touts Dominica as “The ideal spot for a wedding or honeymoon!” Implicitly, they mean a “natural” wedding or honeymoon. Dominica is in the news today after two American men were arrested after they were caught engaging in an act of indecent exposure on an Atlantis cruise ship. It is alleged that they were having sex on their balcony of their rooms while the ship was docked. It’s unclear who caught them, but the story seems to suggest that a resident of the island caught the two men engaging in an act of buggery, a criminal act that carries a maximum 10 year prison sentence.

Homosexuality possesses qualities of both Nomos and Physis. Gay sex does indeed occur in the animal kingdom; there are species of animals who engage in sexual intercourse regardless of the sex of its partner. As a human identity, “homosexuality” is a Nomos, nurtured into existence by the greater society. Ironically, it is less possible to punish the Nomos, or the aspect of homosexuality that’s culturally fabricated. So they go after the Physis. When one engages in acts of sodomy, one has committed a “crime against Nature.” Tellingly, the courts in Dominica were only able to prosecute on the basis of Indecent Exposure. In other words, they exposed themselves as homosexuals. And of course the men were set free under certain financial conditions.

I just finished listening to a wonderful Radiolab episode on the English mathematician Alan Turing. He was arrested for “Acts of gross indecency.” His sentence? Chemical castration. The buggery laws of 1950s England were such that one had two choices: be imprisoned or take estrogen. The latter choice was aimed at erasing the potency of his manhood. Turing’s career centered around one principle intellectual problem: “What if machines become our equivalents?” He believed it to have been possible. And the English courts decided: Turing, against Nature, must be stripped of his manhood. 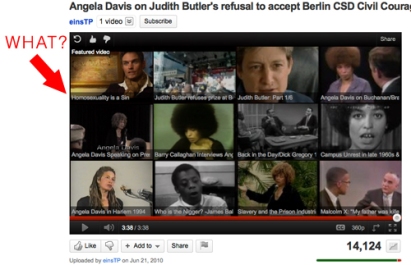 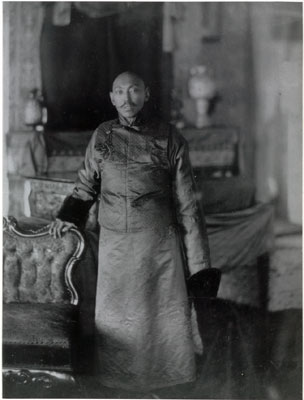 Sure looks a whole lot like her to me!