Congrats to the Cult of Mac for helping to create the “World’s most valuable company.” $337.17 BILLION dollars. I don’t care to divide the cost of an iPhone into that amount, mostly because I know it’s not that simple. Awe-inspiring numbers aside, it is quite remarkable what Apple has achieved. Chiefly, they have created an army of faithful followers who just gotta’ have that new product, regardless of personal necessity. And look at what it’s done! It’s created a company that possesses a market cap that’s greater than that of Exxon Mobil. Our fuel is now plastic and handsomely designed!

David asked me on the train about how many New Yorkers own iPhones. I guessed around 50%. I guessed wrong: There are probably more.

I just started using Foursquare. Normally I wouldn’t make an announcement about using a new social media site, especially because I embrace most of them unconditionally, but Foursquare is one of those that I found almost dangerous. Why in the world would you want people to know exactly where you are, at any given point in the day? Clearly it’s a bit stalker-ish. (And surely stalkers have taken note. Yet because we live in a culture where you don’t have to ask what other people are doing. Just see what they RSVP’d to on Facebook…)

But I signed up anyway, promising myself that I’d never use it. That is until I noticed that a friend of mine was the Mayor of my favorite local restaurant. He had checked in a staggering 10 times. I had been there at LEAST that many times in the past few months. That was enough to stoke my interest. I decided to treat myself, checking in at said restaurant for the very first time. And ZOOM — I had earned my very first Badge, the Newbie. Then I see that the Logo TV network has created a promotional Badge for RuPaul’s Drag Race, my favorite TV show. But the contest has curiously obscure contest rules. From what I gather, if you check in at fabulous, Logo-endorsed locations, you can win a trip to New York City to attend a special season finale Rupaul’s Drag Race viewing party. (NOTE — Not only is it absurd that I want to win a trip to a city that I already live in, but RuPaul may not even be at the party. But that’s OK because he retweeted me the other day. And that means we’re good friends now.)

I can’t say that I’m “hooked” as much as I can say that now I understand. Foursquare stokes two layers of competition — competition with others (Mayorship, wherein you’re master of your domain) and with one’s self (Badges, which are emblems of the modern social butterfly). Others may fee Foursquare’s incentives as being in the know, or being in the right place at the right time, with the right people.

Just like many other social networking sites before it, I’m sure I’ll stop using it at some point. Probably the point at which I unlock that Drag Race Badge. Until next season’s contest, that is.

Is an offensive thing that insists on pounding, thumping, screaming in your head until you spew out URL Vomit and hit Share on your Facebook profile. This video has caused millions of people to experience such URL Vomit. Only it’s more horrible than I just made it sound. And it’s extremely catchy, with its narrator and her horribly nasal voice that makes the word Friday sound like Fried Egg (an equally horrendous thing). Enjoy, everyone! 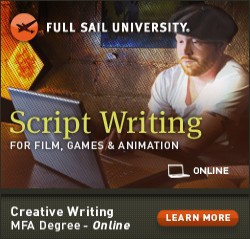 Man, Smart Ads are getting smarter and smarter each day…

I would just like to get this out there before I find out for sure the answer to that looming question: Do I want to purchase an iPad? Let it be known that at present, I am at a very high level of productivity. Which is to say, I’m real, real busy. I have a full-time job, am holding down 3 steady freelance gigs, am in a band, and am studying to become an astrologer… And I’m trying to start my own business… And I have a nasty addiction to Doodle Jump. That said, if my work were easily accessible and done quickly and on the fly, my level of efficiency should improve.

Enter the iPad? I already have a laptop, an iPhone and a Kindle. But I hardly ever have my laptop on my person, and my iPhone doesn’t allow me to add HTML to my website on the fly. And could I update my blog on my phone, but the WordPress iPhone app doesn’t have all the functionality that the actual CMS does. But that iPad app does look pretty cool…

The conundrum is that I work entirely too much, so why should I carry it with me everywhere I go? It strikes me that many of the technologies that we have at our disposal do nothing more than create more work, not make our work more efficient. For example, I love my Google Reader, but spending an hour per day reading 200+ blog posts seems like so much work. And that’s the one thing that I don’t need any more of in my life.